To provide you with the best possible service, we make use of cookies. By accepting tracking cookies, you will be recognized. In that way, we can customize our website to your personal preferences and we can show you relevant information and advertisements on our website and others. If you agree, please click ‘I agree’. You can always view your settings and have them changed. For more information, see our cookie and privacy policy.

I agree
Rotaserve
We'll help you find a Rotaserve solution that's right for you!

Rotaserve is a service provider for pumps that offers upgrades, repairs and maintenance on rotating pump equipment in Europe and all over the globe. Because of the years of knowledge as a producer of centrifugal pumps we know the essential criteria for trouble-free operation. Rotaserve provides this knowledge to his costumers. “The reason we started Rotaserve”.

We are able to maximize the performance and life time of pumps so that our clients can count on reliable performance against the lowest cost for their operations. Rotaserve is born out of the craftsmanship from Delta Pompen, Sulzer delta, VDA and Rodelta Pumps International. 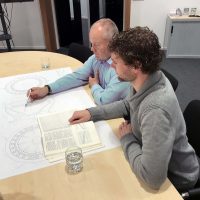 Rotaserve has a team of specialists who can advise you on virtually all issues relating to pumps. You can discuss the most complex pump issues with us, as well as the most effective way to address them. 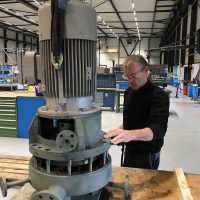 Rotaserve offers comprehensive quality service personnel for the maintenance and overhaul of pumps, both on location and in our workshops. 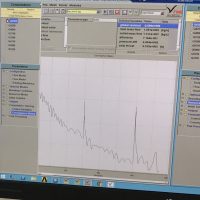 Rotaserve can even perform pump upgrades if you need increased capacity or efficiency for instance. This can be achieved by replacing parts or by creating a completely new custom hydraulic design.

In 1868 the family Stork started manufacturing pumps in the east of the Netherlands. For decades the company was successful in both standard and engineered pumps. The destructions of World War II provided a huge demand for pumps. During those days the company was mainly focused on the engineered products. Two engineers from Stork “Ing. G. Zijlstra and Mr.L. Bood” who believed in the power of standard products decided to start their own company by the name of “Delta Pompen”. In 1946 they started production in the former N.V. Nive’ complex in Hengelo, the Netherlands. In addition to the assembly and testing they also had their own foundry which provided a competitive advantage in those days.

In 1947 the first pump was produced at Delta Pompen and used for an agricultural application. More than 1000 pumps were produced by the company during the first year of production. The product portfolio was increasing with pumps suitable for the drinking water, petrochemical and pulp and paper markets.

At that time, more than 125 full-time employees were working at Delta Pompen. In 1970 the Swiss company Sulzer Pumps expressed interest in a merger with Delta Pompen. Delta Pompen continued its successful expansion and went through a metamorphosis; old structures making place for new offices, new maintenance facilities and new test facilities.

Decades of 80’s and 90’s saw a lot of consolidation in the pump industry worldwide and in Europe in particular. Rotaserve too went through changes in its structure and it was acquired by Kirloskar Pompen BV in July 2015, together with Rodelta Pumps International.

To ensure long pump lifetime, low down time and minimized maintenance and operation costs, it is important that pumps are installed and aligned properly. The Rotaserve service department takes care of all pump installation activities. The team consists of highly skilled service engineers, who have all the required knowledge and experience at hand. Furthermore, they are widely qualified for on-site jobs and API pumps for instance.

In addition, Rotaserve can do a wide range of pump service jobs, including aligning and balancing, on-site inspection and preventive and corrective maintenance. Do you have an old pump in your system that you consider replacing for a completely new one? Please contact Rotaserve, as they have many possibilities for overhauling old and damaged pumps, instead of replacing them entirely. Parts can be repaired and restored to its original new condition. They can also supply spare parts directly from stock or reproduce specific parts, even for old discontinued pump types. Rotaserve can even perform pump upgrades if you need increased capacity or efficiency for instance. This can be achieved by replacing parts or by creating a completely new custom hydraulic design. Rotaserve gets your old pumps up and running again.

We have adapted our organization to the market situation. The primary structure is flat and market-oriented which promotes good internal and external communication. Because communication is key within Rotaserve, we understand that it is important that our customers get quick and honest answers to their questions, either product or project related. We are 100% customer oriented!

Providing our customers with the best products and services at the highest quality standards in the industry is what we do. Our management system is set up in accordance with ISO9001, ISO14001 and OHSAS18001 (*). An effective way to sustain the continuous improvement of our process and services.

*=”Diagnostics & Consulting Service” is not in the scope of the certificate.